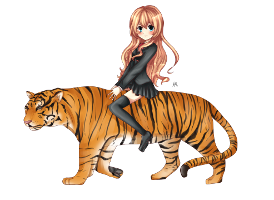 You can meet some amazing people at Taiga Con! Guests for next year are to be announced, but will include several voice actors from your favorite shows. Taiga Con wants to give you the chance to meet some really cool voice actors/actresses and members of the anime industry. Autographs at Taiga Con are free and limited to 2 per person for most guests. 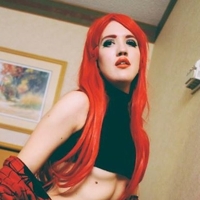 Mikki Marvel fell in love with conventions in 2010, and she has been addicted to them ever since. She has served with fangroups like the Carolina Ghostbusters, Pineapple-Shaped Lamps, and the former Carolina D20 Girls. Now the Western NC manager of the FanDames Initiative, Mikki is a strong advocate for promoting community amongst fellow geek women. She works at conventions across the country helping wherever she can as a panelist, volunteer, or otherwise and enjoys cosplaying for personal enjoyment in her spare time. She is currently attending UNCC in pursuit of her bachelor's in business. 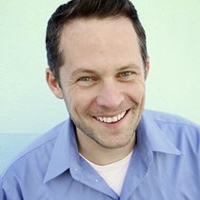 Chuck Huber started acting in Anime in the roles of Garlic Jr. and Android 17 in DBZ. Since then he has voiced hundreds of characters including Hiei in YuYu Hakusho, Stein in Soul Eater, Kululu in Sgt. Frog, Mohji in One Piece, Shou Tucker in Full Metal Alchemist, Han in Blue Gender, Hiro in Shin Chan, Ashe in Black Butler, Reever in D. Gray Man, Hector in Glass Fleet, Yuichi in Initial D., Akai in Oh Edo Rocket, Melt in The Tower of Druaga, Adashino in Mushishi, Eric Nishijima in Darker Than Black, Havel in Trinity Blood, Austria in Hetalia and many more. He has been a writer on Hetalia, Sgt. Frog, Baccano, Spice and Wolf and others. As a filmmaker Chuck has acted, produced, written or directed for Arbor Day - The Musical, The Troubadoors, The Fragility of Seconds, The Mechanical Grave, Odd Man Out among others. He began acting in Chicago at the Goodman Theater, Court Theater, Steppenwolf Theater after graduating from DePaul University and continues to work on stages in the Dallas/Fort Worth area. Most recently he played Hugh Jameison in the movie Parkland, produced by Tom Hanks and starring Billy Bob Thornton and Paul Giamatti. 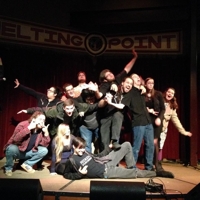 Laugh Out Loud is the improvisational arm of Classic City Comedy, and hails from Athens, Georgia. The troupe was founded in 2007, and is most known for their improv performances, which are similar to the style found on the television program 'Whose Line Is It Anyway?'. The group also presents panels, interactive workshops and various game shows. Each improv performance is an interactive experience for the audience, providing suggestions or getting involved. Every show is made up on the spot, and no two shows are ever the same. Catch one of their performances for a side splitting time.

Unfortunately Chris Patton is unable to attend this year due to other obligations.